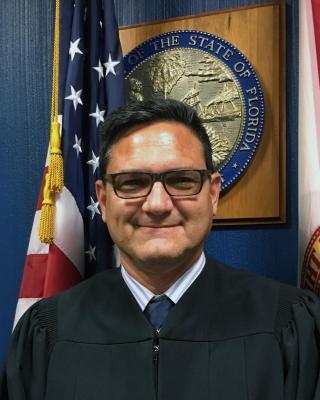 Assist with all dockets throughout the circuit, including Civil and Criminal trials.

He graduated Roslyn High School (New York) in 1982. He attended New York University for his undergraduate studies and graduated with honors, having majored in economics. At NYU, he received the “Founder’s Day Award” (scholastic achievement) and the Student-Athlete Academic Achievement Award. He then attended Boston University School of Law and graduated in 1989. At Boston University, he received the Paul J. Liacos academic achievement award.

Upon becoming a member of the Florida Bar in 1989, he worked as an Assistant State Attorney in the 19th Judicial Circuit in various capacities until 2005, when Florida Governor Jeb Bush appointed him to the Bench.