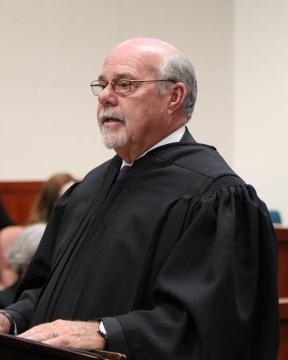 This prestigious award, named for the late, beloved Judge William E. Gladstone, the award identifies and celebrates the work of judges and magistrates who make the greatest contributions to the courts in serving dependent children and their families. After the nomination period closed, nominations were submitted to a panel consisting of prior recipients of the Gladstone Award for them to make a decision on this year’s winner. The William E. Gladstone Award was presented at the Child Protection Summit on September 9, 2021. Judge Meadows was one of three statewide finalists out of hundreds of nominations and ultimately was runner-up behind a very deserving candidate. Congratulations and thank you to Judge Robert Meadows for his service to the bench and the dependent children and families he oversees.