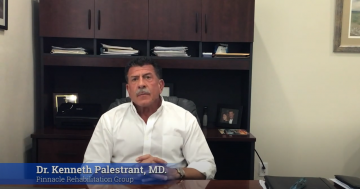 Dr. Kenneth Palestrant, MD Dr. Palestrant started his career in the emergency room as an orderly at Hialeah Hospital. He then became a paramedic for Broward County EMS and later received his nursing degree from the University of the State of New York. He attended medical school at the Universidad Tecnologica de Santiago, in the Dominican Republic.

Dr. Palestrant did a transitional internship in St Louis Missouri and three more years at the University of Florida/Shands Jacksonville Hospital. While at Shands, he trained in family medicine and served as Chief Resident. He returned to South Florida, and spent 3 years in the emergency department at Palm Beach Regional Hospital, where he became the director of the department.

Carrie has worked in the helping profession for the past 25 years. She earned her undergraduate degree in psychology in 1995 and completed her master’s degree in 1998. She has worked in residential, partial hospitalization, and outpatient clinical settings. After spending some time in private practice she found herself working part time for the Substance Awareness Center and eventually assumed a full time position as Clinical Director and now leads the agency as the Executive Director. Carrie embraces her roles as a wife, a mother, a counselor, a friend, and most importantly a woman in recovery. She has a passion for the work she does and believes in the hope, healing, and transformation that recovery offers.